Buy More, Save More. Gear up for the Open. Shop Open Sale

Colleen's Road to the 2021 CrossFit Games

I’m going to the CrossFit Games.

Since qualifying for the Games, I have been in a state of denial. I’ve told multiple people that I’m just waiting for someone to take it away. But here we are, a week out from the day I hit the competition floor, and we are leaving Saturday. Nothing is changing that now. I'm going to the CrossFit Games.

I’m not really sure where the denial stems from. Maybe it comes with the territory, when the rest of life still goes on. I’m coaching a full schedule, running a business, being a dog mom to two 85lb greyhounds, and just generally being an adult. In addition to that, the year on a whole has been a rough one. It started when we lost our 3 year old retired greyhound Chacha to lymphoma the first week in January. Losing her rocked our world, and suddenly CrossFit took a back seat in my life. That was just the beginning. It seemed like we couldn’t catch a break in 2021, and suddenly it was the Open, and I had to decide to compartmentalize my life in order to survive a brutal qualifier season.

It’s also possible to blame my denial on the past. This is something that I’ve worked toward for the last 10 seasons. But it's something that dates back even before that. I started doing CrossFit in 2008, fresh out of swimming in college, looking for something to keep me occupied. Not necessarily competitively, but I spent 16 years of my life working out hard, for hours a day, and I found myself bored. Enter CrossFit. In 2012, I said, "I want to go to Regionals."

We had no idea what we were doing.

When I qualified for my first regional in 2012, my Coach Lance and I had NO IDEA what we were doing. I weighed 120lbs soaking wet, had a max clean of 115lbs, but I could do muscle ups and had lungs for days. I was cut after the second workout when I couldn’t meet the minimum work requirement of 10 hang cleans at 135lbs. I was devastated. But that was the turning point in my career. Then and there I decided that I would do whatever it takes to become bigger, stronger, and faster. And at that moment, Lance knew we had a LONG road ahead of us.

The sport was different then, and we had the privilege of growing with the sport. We signed up for EVERY competition we could, especially ones that had events where I couldn’t do a movement, and then spent weeks learning the movements.

2012 wasn’t the last time I failed. In fact, I was still failing things competing at the Rogue Invitational in 2019. The evolution of the sport makes it so you can almost never keep up. And it makes you decide, then and there, are you going to evolve with the sport, or are you going to give up? 10 years in, I’m still fighting for a spot out there. 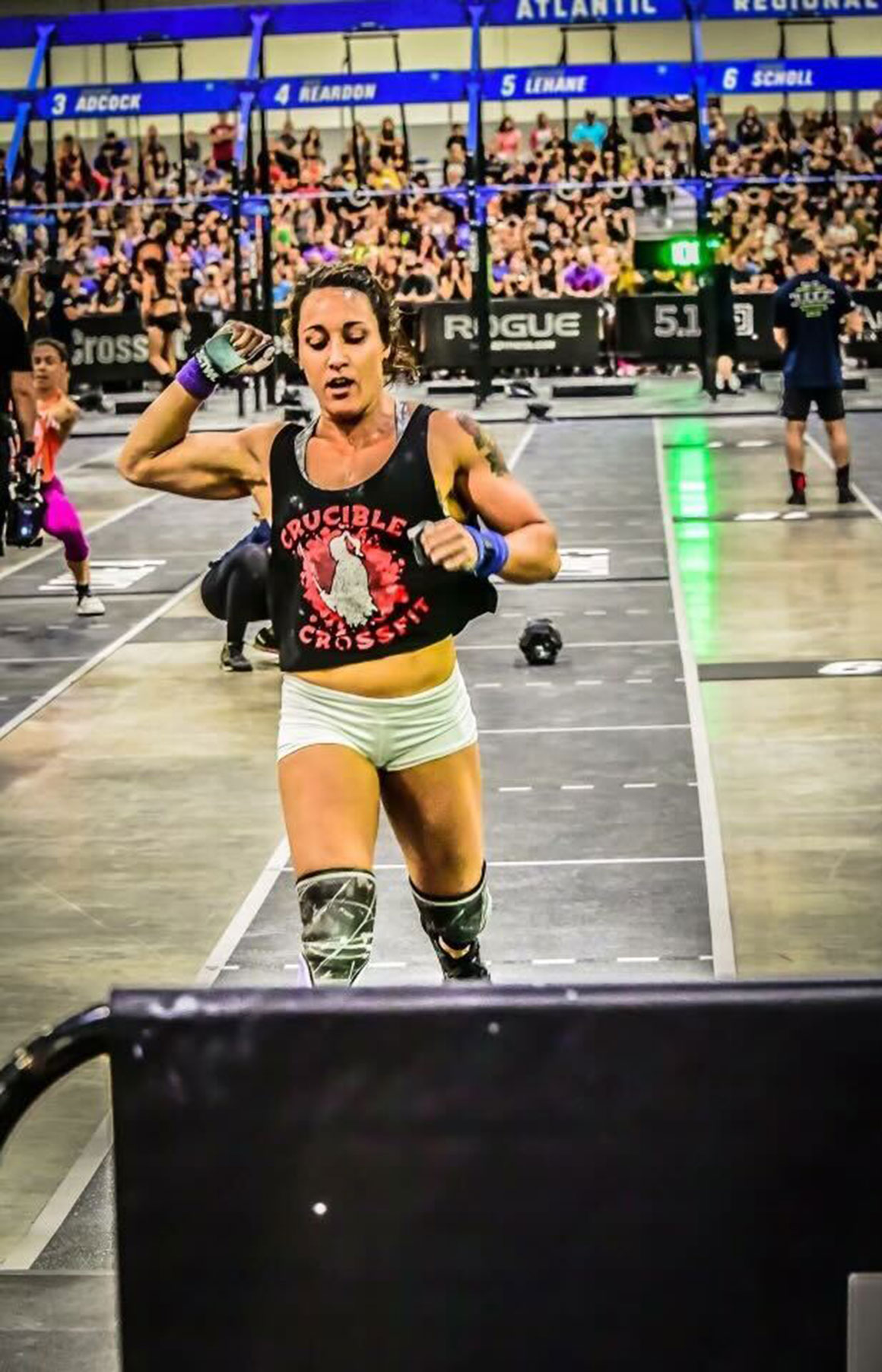 I am going to have jerseys with LEHANE on them.

With all the failures and "almosts" I’ve had through the years, there is part of me that is having trouble processing that when we board the flight for Madison, WI, it's for me too. I’m going to be checking in Sunday. I am going to have jerseys with LEHANE on them.

I know I deserve to be there. I know I have earned my spot. It just hasn’t quite sunk in. That isn’t to say I’m not ready. Being physically ready for the games is not something that you do the weeks after qualifying. It's something that has been a process since 2008. Year in and year out training has gotten me here. I’m not going to get any more fit, I probably won’t get any stronger, and we definitely aren’t going to miraculously turn a weakness into a strength. That happens over time, with patience and consistency in a program, trusting the process your coach has laid out for you, and executing. And every day that I step in the gym, I’m dialed in, focused, and put in the work no matter what is going on. The same goes at home, I’m vigilant about what goes in my body and lead a fairly boring life.

It’s one thing to go through hard workouts. It’s your mental game that will separate you at Go Time.

But being mentally ready for the games, that's something to focus on. At Crucible, Lance provides us with weekend competition practices. This in itself is a game changer. It’s one thing to go through hard workouts. It's a whole other to add in the logistical rules you see on the competition floor. It’s your mental game that will separate you at Go Time.

Lance stresses our ability to have critical thinking skills while completing our workout. Can you problem solve, adjust, and stay composed? I’ll admit my 10 years of CrossFit experience, in addition to the years of swimming, gives me a leg up on this and it's arguably my biggest strength now; however the value in these practices after not competing for a year and a half due to Covid is unparalleled.

I’m not sure when exactly it's going to hit me that I’m going to the CrossFit Games, but I can promise I’m going to put everything I have out there. I’m going to soak in every second, and I’m going think of my baby girl Chacha when things get hard. I guess that’s my biggest piece of advice for everyone. You don’t have to go to the CrossFit Games to know you’ve worked hard, or to feel like you matter in the sport. You just have to walk away every day knowing you gave it your best and you had fun doing it. My best days are at home at Crucible. Training, coaching, or just hanging out. That's where I want to be and that's who I want to be. Making it to the games, well we will see how I feel once we get there, but I’m pretty sure coming home to celebrate with my family, friends, and of course my greyhounds will be the best part.

Colleen has certainly put in the work! Check out some her favorite gear that has helped her in her preparation for the 2021 CrossFit Games.

Colleen has certainly put in the work! Check out some her favorite gear that has helped her in her preparation for the 2021 CrossFit Games.

Inside the Atlantic Coast Classic

AGAIN FASTER ANNOUNCED AS THE EQUIPMENT SPONSOR FOR THE 2022 ATLANTIC COAST CLASSIC!

Got Kids? A Garage Gym Could Be Your Best Bet

2021 Bacon Beatdown was a Success!

THE WORKOUT WAS INTENSE. THE TUG-OF WAR WAS EPIC.

Again Faster will be the Equipment Sponsor for the 2021 Bacon Beatdown!

Getting to Know Christian Harris

5 Ways to Stay Fit While Living on The Road

How to Build a CrossFit Home Gym In Your Garage